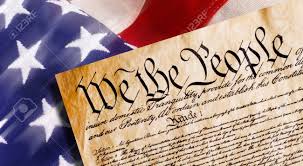 Reveal your story: a place to connect WE THE PEOPLE and share your individual journey through this historic time.
What if the recent 2020 Presidential election were not about President Trump and Vice President Biden but about you?
The first three words in our Constitution are what again? WE THE PEOPLE. So what does that mean exactly?
According to Socratic.org “The writers of the Constitution began their document with the three words “We the People” because they wanted to signify the fact that the citizens of the United States give the power to the government. Without this, our government would fail to be a democratic republic – a government controlled by the people.”
So let’s examine this fact: “the citizens of the United States give the power to the government.” That’s a pretty big role WE THE PEOPLE hold.
According to dictionary.com the definition of how the people give government power is “A condition urged by many as a requirement for legitimate government: that the authority of a government should depend on the consent of the people, as expressed by votes in elections.” When we analyze this fact, as previously stated above, “Without this, our government would fail to be a democratic republic – a government controlled by the people, we need to discuss the current challenges in our current 2020 election.
What is the definition of a credible election? According to usaid.gov the definition is “The most fundamental principle defining credible elections is that they must reflect the free expression of the will of the people. To achieve this, elections should be transparent, inclusive, and accountable, and there must be equitable opportunities to compete in the elections.” If we analyze the definition of a credible election we find the following interpretations:
Freedom of expression, also known as freedom of speech, is a principle that supports the freedom of an individual or a community to articulate their opinions and ideas without fear of retaliation, censorship, or legal sanction; the Will of the people in political theory, is a collectively held will that aims at the common good or common interest.Transparency is defined as a key principle for credible elections and is a key process in which each step is open to scrutiny by stakeholders (political parties, election observers and voters alike), who are able to independently verify the process is conducted according to procedures and no irregularities have occurred. Providing transparency in an election helps establish trust and public confidence in the process, as voters have a means to verify the results are an accurate reflection of the will of the people.Inclusive meaning including or covering all the services, facilities, or items normally expected or required also not excluding any of the parties or groups involved in something; accountable meaning of a person, organization, or institution required or expected to justify actions or decisions responsible.Lastly defining the word compete which means strive to gain or win something by defeating or establishing superiority over others who are trying to do the same would mean you would have to have an equal playing field.

If we circle back to our fundamental power over the government through our election process, WE ARE THE PEOPLE that give power to the government through our freedom of speech which in an election are our votes. So how is this recent election and it’s potential unconstitutional actions affecting anyone other than us? After all, essentially we control the government with our right of freedom of speech through a credible election and votes. As it states if we the people do not control our government then we in fact fail to be a democratic republic.
Is anyone scared? As mentioned before this is not about who you voted for; however, feel free to express that here. This introduction is simply to shed light on the fact that doesn’t it seem like the government, big tech, the media, shady swamp politician potential election buy-outs and shady business deals, rigged voting machines, maybe even China are now controlling OUR government – the one that WE THE PEOPLE have the ULTIMATE POWER OVER? This site bets that you may have an opinion on this historic electoral time.
WE THE PEOPLE need our voices heard.
Oh and one more thing to let simmer in your mind. Have you ever looked up the definition of a politician? Well, according to the dictionary a politician is “a person who is professionally involved in politics, especially as a holder of or a candidate for an elected office.” OR the very interesting latter “a person who acts in a manipulative and devious way, typically to gain advancement within an organization.”
What do WE THE PEOPLE believe to be truth during this 2020 Presidential election and how has your journey through this election affected you?
Reveal your story…